For more than two and a half millennia of their history, the Jews had produced very few painters or sculptors. Beautiful objects, yes—candelabras, wine cups, illustrated Haggadahs, and ornaments for the Torah. But the Second Commandment suggested a connection between figurative art and idol worship. And as long as Jews remained encapsulated in their own communities, there were no patrons for works of art and sculpture, no market for them, and no painters and sculptors to create them. But with the emergence of Jews from the ghettos and shtetls, just as Jews began to compose music, they also gravitated to the other fine arts. This lecture on Jewish art and artists will introduce great but under-appreciated Jewish painters of the nineteenth century, including Maurycy Gottlieb (1856-1879), who died at only 23, but whose Shylock and Jessica (1876) is one of that century’s masterpieces; Tina Blau (1845-1916), the leading female artist in Vienna; and Max Liebermann (1847-1935), who introduced Impressionism to Germany.

Bruce Thompson, Ph.D., is a lecturer in the Departments of History and Literature and the Associate Director of Jewish Studies at U.C.-Santa Cruz, and also teaches at the Institute. He received his Ph.D. in History from Stanford; his areas of scholarly research include European intellectual and cultural history, French history, British Isles history, American Jewish intellectual and cultural history, the history of cinema, and the history of espionage. 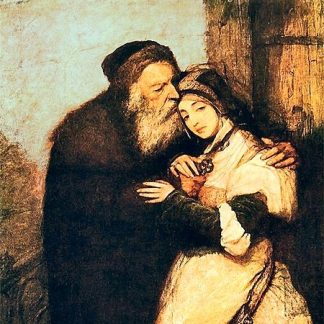