Presented by Michael Simon, in person and via live video stream with interactive Q&A.

The 1973 Chilean coup that overthrew President Salvador Allende is an event known by many but understood by few. Its fiftieth anniversary occurs next year and numerous articles will likely commemorate those tumultuous days. Michael Simon has devoted the last several years to researching the period of the Allende government. He will review its historical background, the political struggle between the world’s first elected Marxist government and its opponents, the role of the United States and the conflicting versions of its history that have since appeared.

Michael Simon is a retired software engineer who reads history almost every day. Twenty years ago his main historical interest was the controversy over the use of the atomic bomb at the end of World War II which resulted in his presenting a four week seminar on the topic in 2011. For the last seven years his interest has shifted to the events of the Salvador Allende government (1970-1973) and the divergence of opinion over the causes of the coup that ended that government. 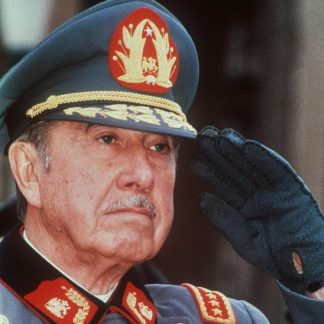