Operation Mincemeat, the successful caper involving a corpse washed ashore on the Spanish coast with a briefcase of forged documents chained to his wrist, is probably the best-known deception story of WWII. It convinced the Germans that the Allies would invade Greece rather than Sicily in 1943, inducing Hitler to leave Sicily nearly stripped of its defenses and saving the lives of thousands of British and American soldiers. The corpse caper has been depicted accurately in two superb movies, the first made in 1956 and the second in 2021.  But the biographies of the two British intelligence officers who devised the operation, Ewen Monague and Charles Cholmondeley, are less well known, and will be the subject of this lecture.

Bruce Thompson, Ph.D., is a lecturer in the Departments of History and Literature and the Associate Director of Jewish Studies at U.C.-Santa Cruz, and also teaches at the Institute. He received his Ph.D. in History from Stanford; his areas of scholarly research include European intellectual and cultural history, French history, British Isles history, American Jewish intellectual and cultural history, the history of cinema, and the history of espionage. 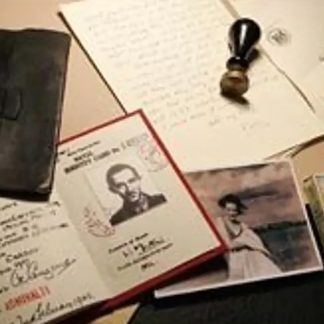