Born only a few months apart, Alexander Scriabin and Sergei Rachmaninoff were linked in many ways: they were students together, they were both formidable pianists, and they ranked among the greatest Russian composers at the turn of the 20th century.  Yet their personalities and music could hardly be more different.  The style of the serious and dour Rachmaninoff, once established, varied little over his long and successful career.  Not so the mercurial, mystical, and ultimately insane Scriabin, whose music progressed from Chopin-esque piano pieces to massive transcendental and nearly incomprehensible work with titles such as “Poem of Ecstasy.” 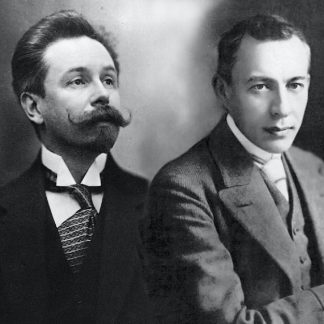