The violin is often thought of as the embodiment of an “orchestral” instrument, frequently carrying much of the most important melodic material of symphonic works. Its agility and versatility have also made it one of the most popular and frequently used solo instruments in the Western Tradition, both in the orchestra and also as a stand-in-front superstar. This talk, filled with numerous examples of all of these facets of the violin’s possibilities, will look at the development of the violin as a solo instrument, from the early Baroque to today. 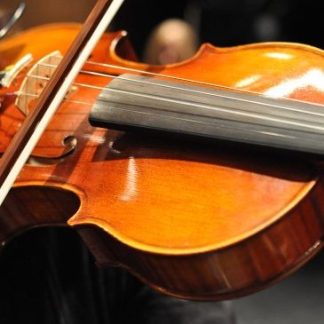