Part 4: From Stalingrad to the Marshall Plan (1943-1948) The war in Eastern Europe was a cataclysm of unprecedented violence, compounded by mass murder on an industrial scale. Efforts to come to grips with the results, and to define an equitable and humane post-war order, began while the war was still underway. They failed because the requirements of European economic and political recovery could not be reconciled with Soviet demands for security and supremacy. The Soviets inflicted seventy percent of all casualties suffered by the German army, and suffered upwards of 20 million dead in the process. Afterwards they were offered integration into a global economy dominated by the United States. They chose instead to retain a dearly-bought hegemony over the lands they had overrun in the war. 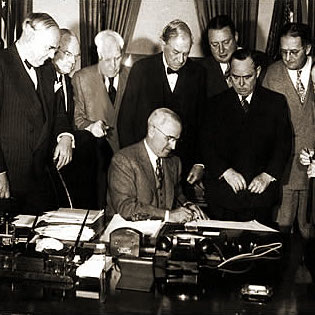