Part 1: From the Balkan Wars to the Russian Revolution (1908-1917)  The immediate origins of the First World War lay in the revolutionary politics of Eastern Europe, and the inability of the great powers to manage them. Those revolutionary impulses were amplified by the war, and reached a climax with the overthrow of the last Russian tsar. Thereafter there could be no doubt that, regardless of who won the war, the map of Eastern Europe would be redrawn afterwards. 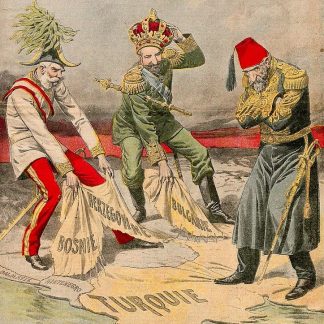