Quarter tuition (10 weeks): $350. YOU MAY CHOOSE THE VIDEO STREAM OR IN-CLASSROOM ATTENDANCE. FOR THE VIDEO STREAM, ONLY ONE TUITION PER HOUSEHOLD IS NECESSARY.  CLASSROOM TUITION IS $350 PER PERSON. (PLEASE NOTE THAT CLASSROOM SEATING IS LIMITED.)

From the Greeks we got the whole structure of rational thought that led to modern science, the whole structure of democracy, the concepts of law and equality of the citizen before the law, the idea of freedom of speech and freedom of publication, the art of rhetoric, the art of theater and epic poetry. During our thirty weeks, we enquire where the Greeks came from, where they went and settled, where they traveled in their diaspora, how they built their cities, how they built an empire and lost it, and how they were conquered by the Romans—and how the Romans were conquered intellectually by Greece.  Our 30-week course of study proposes that the Greeks invented something totally new in civilization and that what they invented is still at the core of our Western civilization: they were seagoing and adventurous, suspicious of authority, individualistic, enquiring, open to other cultures, articulate, humorous, competitive; and they had a passion for excellence, an appreciation of beauty, and they valued the pursuit of pleasure. 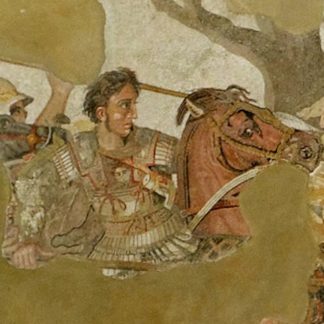